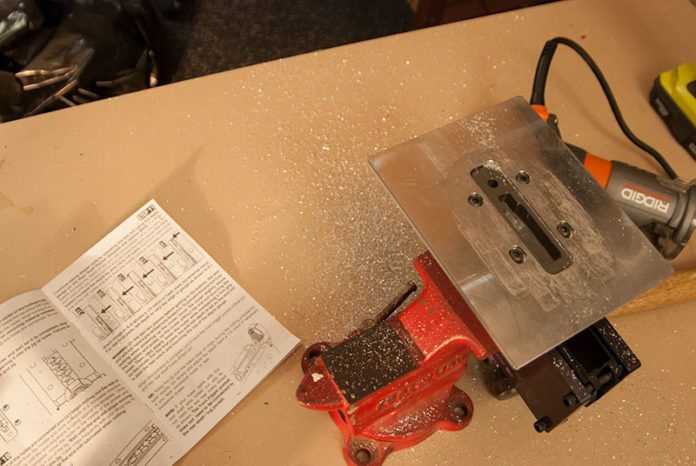 According to the ATF, a firearm is the lower receiver. In most rifles, the lower receiver and upper receiver can be made from the same piece of metal or polymer. Building a firearm that requires a one-piece receiver is not only extremely difficult but requires extensive knowledge and tools. About 15 years ago companies started making lower receivers that needed to be milled or have pieces removed, in order to not be considered a firearm.

When starting with an AR15 lower build the first consideration is material. Lowers are manufactured in either aluminum or polymer. Polymer is usually used when weight is a strong factor in the type of hardware you put into a rifle. It also is more scratch resistant than aluminum. Aluminum is

considered to be a stronger material and can withstand some extreme weather conditions and heat, without sacrificing durability. Each has their own pros and cons.

You can see our previous build of Polymer80. In order to offer some options, we reached out to 80% Arms and gave them the rundown of our article and series. They generously donated a lower receiver and jig system for the router build. This type of build is very different because it uses a ROUTER for milling out the fire control chamber. While this still doesn’t accommodate an SHTF scenario it will offer a great alternative build with minimal cost and materials.

A few weeks later we had the entire system in hand. The anodized lower was impressive and had a great coating for maximum scratch resistance. The jig system was very impressive at first glance. Impressive and heavy. The side plates were made out of aluminum with steel reinforced brushings. The drill plate and jig plate were both a solid aluminum and didn’t raise any initial concerns. We were ready to get started.

When starting with an AR15 lower build the first consideration is material. Lowers are manufactured in either aluminum or polymer. Polymer is usually used when weight is a strong factor in the type of hardware you put into a rifle. It also is more scratch resistant than aluminum. Aluminum is

considered to be a stronger material and can withstand some extreme weather conditions and heat, without sacrificing durability. Each has their own pros and cons.

Being that it is a router system we needed to pick up a quality router to work with aluminum. 80% Arms had some great articles and links directly to several types and styles of routers to work with their system. We decided to go with the least expensive router we could find, knowing it would take a top of abuse, the Ridgid R2401 Laminate Trim Router. In addition, we went with the smallest we could find for two reasons:

We recommend a shop vac for obvious reasons. Learning from our previous mistakes with Polymer80 we did pull out an old shop vac to use during the process. As a shop vac is difficult to use at the same time as a router we will cover the best way we found to use it, during this article.

The assembly of the jig was very simple and easily laid out by the included directions. In fact, the directions will do a much better job of explaining the use of the jig than this article ever could. The pictures reminded me of an IKEA build set except with easy to understand words. I’ll admit, we did not read the directions to the end before starting, but it seemed to be okay.

The vibrations from the drill do loosen the bolts holding the top plate in place. I believe this was partly due to the fact that we did not use any cutting oil. From personal experience, it gets too messy too quickly and will stick to everything. Just going slow and steady, to avoid overheating the drill bits, was out plan. And the plan worked, however, the amount of time it took to drill one hole greatly increased. Battery operated drills are not meant to run that long without difficulties and we were not able to even finish 2 holes before the battery died on us. So, 4 hours in the charger we continued.

Despite our drill difficulties, the finished result came out perfect. We examined the drill plate before moving on and noticed a few things that should be mentioned:

And with that, we were done with the drilling of the fire control pocket and moving onto the actual milling of the lower received. This was an anxious time as we weren’t sure how the router would perform on aluminum. Regardless, we read the next step in the directions and felt confident that the next step would be easier.

With the router plate set up, we set the depth on the router, set the milling it in one of the predrilled holes, and turned the router on. Note: wear ear protection if doing this indoors. We began moving the router between the holes taking the small leftover aluminum away from the middle before moving to the edges. They recommend moving in a clockwise motion and as we came around the router tipped and the bit caught an edge shaking the bit out of the chuck a little. It shook and sputtered until the router turned itself off. Thank goodness for fail safes.

Having assessed nominal damage to the lower, bit, and no damage to the router we continued on and set the depth much shallower than recommended. Moving slowly the bit cut like butter. Aluminum shaving flew everywhere and we mean EVERYWHERE. It was in our hair, on the ceiling, in our boots, embedded into the fabrics of our clothes. We would stop periodically just to vacuum our own bodies before continuing on.

This process took about 2 hours because we felt it necessary to take very shallow cuts. The bit continued to come loose because of the vibrations and needed constant readjustment. When we finally got close to the bottom of the fire control pocket the drill pattern disappeared and we needed to actually adjust the router without having an adequately sized pilot hole. The first time we attempted this resulted in the same shaking and sputtering as before, this time digging into the nicely finished sides. So, taking a risk and a gamble we decided to try adjusting the depth while the router was actually

running. We do not recommend doing this! Regardless of warnings, it worked and we were able to finish up the fire control pocket in satisfactory condition.

The whole process of milling out the fire control pocket took about 2.5-3 hours. With practice, it could become much faster but we had a few things to learn.

Having difficulty with flying debris is part of the process, but as we started to get more conformable with the router we found it was fairly easy to operate with one hand during the monotonous passes. There was no precision work or keen handling needed so we were able to put the shop-vac hose near the front of the router while it was running. This sucked up most of the debris with each router pass. Sadly, we didn’t attempt this until we were nearly complete with the build but you can read about our experience in our next article: Novice-to-Novice: Lower Milling American Made Tactical. 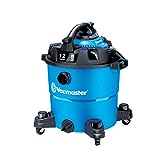 Drilling in the side holes for the trigger pins and safety was so simple it’s not even worth discussing. That was probably the easiest part of the entire build and no sense writing and boring you, our readers, with useless details.

The finished result was great! The exterior finish didn’t scratch at all and came out looking as new as it did going in. The edge on the trigger hold was a little rough but we will say that is because of the router and lack of skill on our part. The process wasn’t as fast as advertised and that is okay. It’s better to put the work into a piece of personal pride than it is to focus on the aspects that don’t affect the quality.

Following the build, we were a little concerned about the drilling guide. The amount of abuse it took during the build makes us wonder how many lower receivers it could possibly make before it breaks. Luckily, 80% Arms does sell the piece separately but for the cost of the jig system, you may be a little disappointed.

The jig is also listed as being universal and we did fit our Polymer80 AR15 lower receiver in the jig and American Made Tactical AR15 lower receiver in the jig (Read about our American Made Tactical build here) with no problems. The jig also provides a very large piece of aluminum between the rear takedown pin and the fire control pocket, compared to alternative jigs. We were actually happy about that. It may not offer much in terms of additional strength, but it offers a ton in a peace of mind.

Recently, 80% Arms has released a new jig system which will resolve many of the issues we had. It is great to know a company like 80% Arms is continually growing and developing new technologies to help their customers. Either way, old jig or new jig, they have a great system to help you build your own lower receiver.

Keep an eye out for our next part of the build; Installing the LPK into an 80% Arms AR15 lower receiver.