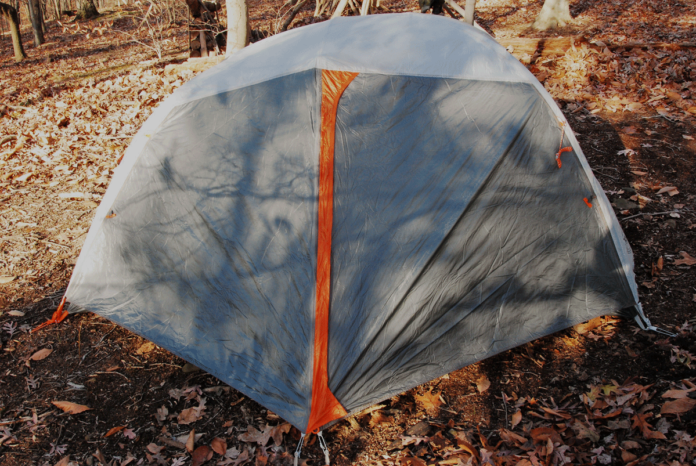 Big Agnes has taken one of the best backpacking tents…

There are a few companies that spring to mind when discussing tents and camping. Big Agnes is one of the mainstay names. Despite the name looking and sounding like the singer at the finish of an Opera produces some of the best quality tents. Brought to completion through innovative designs, post-modern materials and a continuing evolution of upgrades, Big Agnes has risen far above most tent manufacturers.

When I first reached out to Big Agnes about this article, I was not expecting much. The industry is overtaken by a large multitude of tent companies which range from high end, multi-thousand-dollar tents to Walmart specials. With common names like Kelty, which turn our shelters faster than they can sell, it’s a surprise to find quality craftsmanship in a foreign-dominated industry.

Why USA Made is Hard to Find

USA made materials are difficult to procure and if they are available it cost more than internationally produced materials. China and other south-east Asian countries do not have regulations in place that protect their workers like America has.

That’s not to say all south-east Asian countries produce sub-par textiles. South Korea and Japan both produce top-notch products and rival the price of their American counterparts. When it comes to materials in bulk, not many companies can outproduce China.

Why Big Agnes is Important

Big Agnes has been produced to allow Americans and fellow travelers to reach the backcountry in beautiful nations. It can be a daunting and difficult process with the wrong tools. For most, a tent is the last thing considered when planning a backpacking adventure. They worry about food, bathing, animals, protection, but at the same time, they know tents can be found in any big box store. What many fail to consider is that these low-budget collapsible shelters are not only inexpensive but are heavy, fragile, are rarely water-proof.

All of that changes with Big Agnes. Many of their designs are made with backpacking in mind. Light-weight materials mixed with simple assembly already puts it far above any big-box store options. In addition, they continually upgrade their designs. For example, I received the Copper Spur HV UL Tent with mtnGLO Light Technology to review and during the season used it they had already come out with some upgraded options. IT goes to show that even what I thought was a well-designed tent could still be improved.

Big Agnes Copper Spur has more acronyms that the military. Don’t ask me to tell you what each acronym means, I don’t really know. All I know is that this tent is built for 2 people and features an integrated LED lighting system that runs on AAA batteries.

The overall features of the tent are pretty standard and straight forward. Easy enough to list:

The list goes on, but you want to know about things their website doesn’t tell you. So, let’s get on with it.

I took the tent out several times through the 2017 spring-fall season. When my primary cover during the summer is a primitive shelter it’s nice to set something up that classes the joint up a little bit. This is not a tent if you want to stay inconspicuous. It is a bright white and grey/orange color that stands out in even the foggiest days. Carrying the packed tent even made me feel to be less conspicuous than normal.

Setting up the tent is a breeze. The footing easily fits on the poles and makes the entire process seem past, smooth, and effortless. The frame itself is so lightweight worried it wouldn’t bear much weight and might snap one of the limbs while flexed it to its resting point. Big Agnes provides an aluminum splint in case one of the limbs does fracture or break while you’re out in the field.

There was no need to run the limbs through small tubes of nylon. The tent body itself attaches to the limbs with small, plastic clips giving the basic pavilion shape. The ends of the limbs are color coded with the tent footing loops so you know which corner goes where. Orange or grey, it’s easy enough to find. In addition to the normal collapsible shelter frame, there is a cross-bar that goes on the highest point of the tent. This cross-bar clips into two plastic sockets sewn into the seams. Assembly of the basic shelter took me a total of 5 minutes.

While a hot summer night might warrant such a netted tent I prefer to have the fly on any tent for privacy. The fly was a little more difficult to get up, mostly because I first put it on inside out. It wouldn’t make too much difference unless there was rain. So, I flipped it around and clipped the color-coordinated mounts to the tent itself. Again, Big Agnes followed the Orange and Grey theme. It would have been nice if they threw in a little blue for an accent color to match my sleeping bags. Common, interior design 101. Anyone? No?

Once assembled it was time to stake down the vestibules and edges. They provided several aluminum stakes which worked perfectly. Without the fly in the tent staking it down would be unnecessary except for high winds.

The vestibule itself provides much additional storage space relatively free from the elements. Great for your gear, shoes, and accessories when interior tent space is at a premium. Having two vestibules also offers necessary room for backpacking adventures, even when there is more than one backpacker.

Each side features not only a vestibule but a fairly large C-ish shaped door. Two access points make heeding natures call much easier than climbing over another person. It also is built with lightweight and relatively quiet zippers. Having two doors makes the tent easier to use and still doesn’t add unnecessary weight.

While inside the tub-shaped floor left little to be desired. Still honing in on that color scheme Big Agnes provided ample storage space packets in multiple areas of the tent. One large pocket above the campers and each side have a smaller pocket perfect for flashlights, cell phones, notepads, etc. Hanging from the top of the tent interior is a multitude of hook loops to hand necessary items or air fresheners are 6 days without showering.

The fly itself did a great job of keeping heat in and water out. Yes, a summer night is a torture in any tent that has a water-tight fly. However, the addition of a small flap allows for air to escape without letting in water. If water did find its way in it wouldn’t be going anywhere. The tub-shaped floor would manage to keep water inside the tent. Despite having a mesh wall air did not flow easily and still retained a lot of heat, even with the fly off.

My favorite part was the mtnGLO (mountain glow) system integrated into the seams. Running on AAA batteries, the system adds some weight in the power unit pack and LEDs. This offers a long-lasting light source without having to use a flashlight that may need to be conserved. The lights aren’t going to make it feel like you’re inside a well-lit living room, but it provides enough glow to get situated, eat food, or layout necessary bedding. Its advantage is to allow keeping both hands and head free of obstructions.

A serious camper could take or leave the mtnGLO system. If you’re used to camping and have a method to ready yourself at night it might seem like a nice addition to have. If you are a night owl, need to find your way back to a campsite at night, constantly getting bedding situated or don’t have a headlamp the mtnGLO system is handy. I truly liked it and besides the better pack, you wouldn’t know it’s even there.

Packing the tent up is also a breeze. The issues I ran into were how wide to fold the tent and fly before rolling it all up. There are no guidelines in orange or grey, which would have been pretty cool. Then again, no shelter company had that. The poles folded up nicely and fit into their pouch, the pouch is arranged on top of the folded tent and fly, and then rolling it took some patience. Air will obviously get trapped inside the tent and needs to be rolled tightly to comfortably slide into the shelter carry bag. I also decided it would be best to keep the groundsheet separate in its own bag to avoid damaging the delicate tent mesh with possible sticks and stones.

I enjoyed using the tent so much that once I got back home I popped it right back out and set it up in the middle of the Livingroom. There is no need to use stakes to stay upright and at three lbs which easily moves from one spot to the next.

The interior is comfortably roomy. While this model is designed for two people and they produce a three and four-person version. A thin couple and small child could easily fit into the two-person tent with no problem. At 6 ft I was able to lay down straight, sit up straight and move about without feeling cramped or claustrophobic. For a tent, that’s a big accomplishment.

The major downside to Big Agnes tents is their pricing. Currently, the Copper Spur HV UL2 is going for $450 and with the mtnGLO option, it jumps to $500+. This is not a single season tent and is an investment for most users. Regardless of the price, if this tent is well maintained, the quality of materials will help it to last many seasons.

Part of the high price also comes from the constant design testing, modifications, and as many local sources materials as possible. I’m not telling you it’s a 100% USA sourced tent, but they are doing their best with the materials at hand. 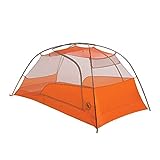 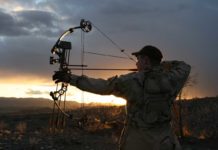