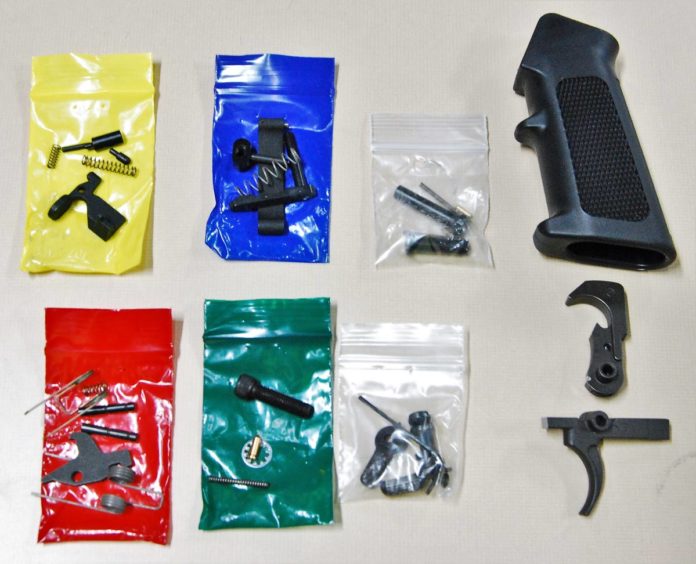 We spent a lot of time going over our lower parts build and how each LPK (lower parts kit) fit each receiver we were building. One of the LPKs that stood out over the others was CMMG.

CMMG is a firearms and parts manufacturer located in Missouri and stands for Central Missouri Machine Gun. They were started in 2002 by the Overstreet family as an opportunity go product affordable, quality parts to shoots worldwide. Best known for their parts, conversions, and AR and AK variants they have built their name on reliable and effective components, even going so far as to provide a lifetime warranty on manufacturers defects on all parts and rifles.

Why We Wanted to Try CMMG

CMMG has a reputation that is hard to beat. They made their name by standing by their products, good and bad. What’s also interesting is that it’s hard to find a firearms company that doesn’t know of or use CMMG parts in their rifles. For our purpose, we wanted to showcase and use companies that were American owned and American manufactured.

In addition to this reputation, the main driving force behind our want to use CMMG was the ease of packaging and use, which we will get into throughout this article. This is perhaps the most convenient thing about CMMG parts kits.

CMMG came delivered to us and was packaged as any other LPK (lower parts kit) should be. They were sealed in small bags and set apart to avoid being damaged during transport. What really put them aside was the fact that each bag held a set of components that were quite specific. The trigger assembly and springs were all contained in a package separate from the safety springs.

This made things extremely easy to put together. There was no sifting through the metallic chaos of an average LPK or mixing up a spring because it looked so much like a different part. Each bag was color-coded and kept the contents of each grouping of parts separate from another. Not only did this seem to make it easier to build it also kept the parts in better physical condition with less scratching and friction damage. For the builder who is a perfectionist, this stands as a model example and preferred method of storage.

CMMG didn’t just stop there with the perfection. Each steel piece looked as if it has been coated, protected, and polished to a fine finish. There was no rough and blued finish but a gleaming, glossy coating. It almost seemed a shame to put it into a rifle where it would not be seen often, but necessity dictated that we needed to put this beautifully finished kit to work.

We began our installation into out aluminum lower receiver with anticipation. Now that each section of the build was set aside in a bag the process seemed to move faster. Not only that, but we didn’t frequently misplace or mistake parts in the chaos of assembly. Everything was laid out evenly and seemed to set the tone for how the lower assembly should be.

The buffer retainer spring and pin went in first. We have learned that this seemly easy to install piece becomes difficult to install following the bolt catch. The threading was a little finicky, as it didn’t start easily. This could be that the finishing material had gotten into the threading yet it still was able to screw tightly enough and quickly enough.

Again, we adjusted the buffer tube until it was barely touching the buffer retainer pin and once again installed the buffer and buffer spring. This time, it seemed to hold.

Lastly, their grip was made of decent quality and pit snug on or 80% kit. It wasn’t the most comfortable grip, but it gets the job done. If we feel the need to replace anything, it would probably by the grip. For someone who is holding a rifle for long periods of time and spending the money for a quality LPK, the grip may be more important than companies realize. Sure, you can get aftermarket Magpul MOA grips (look for our future review on Magpul Grips!), but a quality grip will probably help us, users, to feel more secure with the level of concern and quality the company has for their users.

CMMG makes a great parts kit. The way they organized it and put it altogether set the tone for the entirety of our build. We were impressed continually with their fit, finish, organization. Their pricing is also reasonable compared to their competitors. They are prices slightly higher starting at $40 USD without a grip, $65 with a grip, and $85 with grip and ambidextrous safety. Alternatively, an Anderson Manufacturing LPK runs $51 with a grip and stainless-steel construction. While we did not Anderson Manufacturing LPK we have read varying quality results from other users. For the extra money, CMMG seems to be the best, most reasonable LPK with a great warranty.