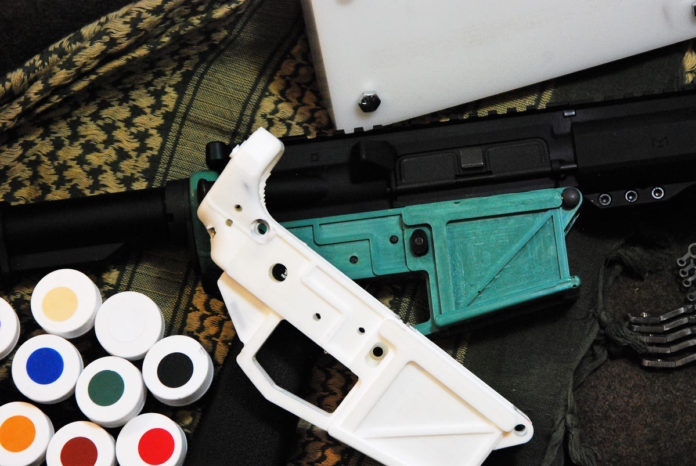 AR15 Mold is the first product we have seen that takes a 0% lower receiver build kit approach. They have designed and produces a system that creates a polymer lower receiver without the need for milling, drilling, or multiple tools. In essence, their system is the perfect survival system, as it can be stored a raw material and assembled many years down the road, or after 30 years of prolonged storage.

In addition to being a polymer material, which can be built as polymer only, they have designed and included a steel brace which reinforced the entire receiver where it needs it the most; the rear takedown pin, grip, and buffer threading. This means that as a polymer it can ‘probably’ take more abuse than a full polymer counterpart like Polymer 80. We have yet to test this out but it sounds like a fun process.

There is not a need for additional materials outside of a wrench, hammer, flathead screwdriver, and liquid gasket kit. Most of this can already be found in most homes and a liquid gasket kit is only a few dollars at an auto store.

The kit is delivered ready to pour, excluding the reinforcement piece. The reinforcement pieces it comes with are pre-bent but do require some extra muscle to bent into a perfectly appropriate shape. This process took us nearly an hour, on our first try, and still wasn’t 100% perfect.

There is no direction included, instead, there are quite a few online videos showing the process and taking about cleaning and assembly of the mold. We watched about 2 hours worth of videos before moving on to disassembling and reassembling the mold. Many of the pieces are very small and either fit loosely or incredibly tight. We coated the pieces with a wax (AR15Mold recommends car wax, we used hair wax) and started to put it all together.

We recommend that the reinforcement brace be as narrow as possible before assembling. During our first pour, we did not do this and regretted it. Because of the wider brace, the entire mold was also difficult to reassemble. There are precautions about certain pieces being put in a specific way to avoid breaking the mold. Heed these warnings!

The most difficult part was the gasket. It needs to be put on in a very specific area. After assembly, the gasket material is likely to come out of the edges. While not a bad thing it is not a good thing either. Use the excess to over as much of the seam as possible.

Their kit comes with Part A and Part B. I nicknames these Part Annoying and Part Beautiful. Part A is a very thin liquid that can really splash while Part B is pretty thick and sticky. This is a 2×1 mixture meaning 2 parts A for every 1 part B. We poured each part into a cut and weighed it out. There are directions on this process written directly on the Part A and Part B cans.

We were called to mix for 90 seconds after these two parts are combined. The entire process should actually be completed in 5 minutes or the polymer is too hard to pour. On our first try, we decided to forgo the dyes and move straight to the mixing and pouring. 90 seconds after mixing and stirring we were ready to pour. The cups actually got pretty got from the chemical reaction, hotter than expected.

This part is fun. We put the mold into a cardboard box and began pouring into the tiny hole. A funnel would be appropriate at this point. Every few seconds we stopped pouring and rocked the mold back and forth while tapping it. We did this to remove any air bubbled that might be trapped inside the poured polymer. This process went: pour, tap tap rock, pour, tap tap rock.

There was quite a bit of excess polymer in the cups. They say that you can get 6 pours out of the entire kit, but with proper measuring, you could easily stretch that out to one or two additional pours. We felt a sense of shame and loss as we threw the rest of the polymer away.

70 minutes until the polymer is dry enough to remove the mold. We watched an episode of Star Trek – Deep Space Nine which wasn’t very good. It also wasn’t long enough and our patients started to thin.

Once our wait was over we moved on to removing the receiver from the mold. The side pieces took quite a bit of prying to separate and we were a bit worried we may damage the mold. Approaching this step cautiously we were excited to see what would happen but wanted to make sure to preserve as much material as we could. The side popped off and we got our first look at a new lower receiver.

Removing from the mold was more difficult than assembling the mold. We noticed that there were still a few air bubbles and we could see the reinforcement brace sticking slightly through the polymer. As we tried to take the buffer retaining pin out we just couldn’t remove it. It was stuck in there.

For roughly an hour we pulled, hammered, and yanked on the piece. It was fiercely embedded into the polymer material and we couldn’t remove some of the key components. As polymer dries it begins to expand and we didn’t want to damage any other necessary pieces of the mold. Additionally, we thought the polymer was squeezing the buffer retention pin piece so hard we couldn’t remove it.

Out came the drill. We tried to drill from the side into where the pin would be located. It was our thought that doing so would allow us to pull the polymer material away from the pin. All we ended up doing was drilling into the pin a little. It still didn’t budge. We then drilled through the bottom and through the reinforcement brace. We weren’t sure how deep to drill and kept going.

Finally, 10 minutes in the piece began to twist and was able to be removed. Unfortunately, we severely damaged the piece in the process and made our lower receiver inoperable.

Following our disappointment of our first build, we started the second build and flipped the buffer retaining pin portion over while coating it with liquid gasket material. After 40 minutes we spun the retaining pin portion of the mold every 10 minutes. Upon de-molding, the pin came right out without any hesitation. We googled the issue and found we weren’t alone. Many users had similar experiences and solved the issue with the gasket material.

Overall, the entire process was pretty easy. It was actually easier than milling an 80% polymer receiver. We were impressed with the level of design that went into the AR15 Mold. They shared that an AR10 version is in the works and we’re just as eager to get our hand on that mold, as well.

There takes no skill in this build. You do not need to be mechanically inclined to complete or use this kit. This makes it a perfect survival or SHTF option. If you didn’t care about bubbles or the brace in the final receiver you could probably get a 100% receiver completed from start to finish in about an hour.

AR15 Mold also recommends baking the receiver to strengthen it. We did not do this and don’t plan to. The receivers are strong just as they come out of the mold. We did not feel it needed extra strengthening during our process. If you feel like really adding a challenge check out their webpage and facebook where users have crazy color combinations posted. This seems to be one of the best parts of having the kit!

For the price, ordering the AR15 Mold kit will save you a ton over buying 5 complete, or 80% polymer lowers. The process is fun, easy, and can actually make a great family project (I’m looking at you Californians). 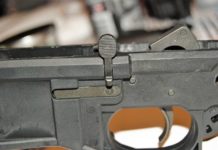 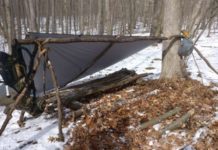 How to Build a Survival Shelter 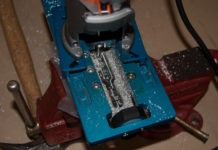