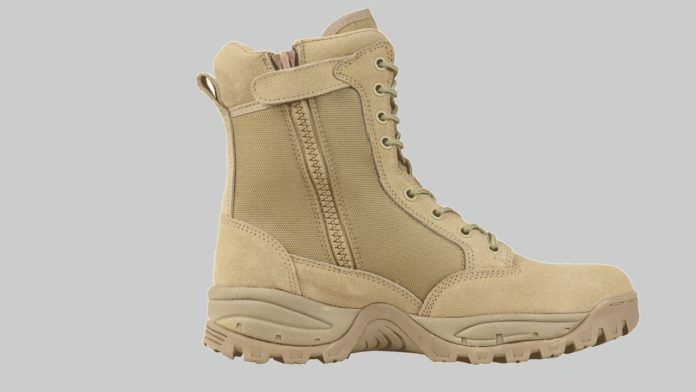 While providing soldiers with combat footwear is a practice that goes back at least 200 years, it wasn’t until World War II that the first recognizably modern combat boots appeared. Little more than modified service shoes, these boots were typically black with a typically smooth, shiny leather surface and a one-piece molded rubber sole. Variations of these boots persisted right through the end of the Vietnam era in the late 70s when they were first appropriated as a fashion statement by the punk movement.

The Times They Have-a Changed

What could rightfully be called the post-modern combat boot began making inroads into services the world over around the time of Desert Storm. Indeed many of the design cues from that time have been retained and refined by modern designers and have reached their apex in the Maelstrom Men’s Tac Force 8 Inch Zipper Tactical Boot. A cross between an Alpine hiking boot, running shoe and the standard work boot you’ll see on construction sites around the world, the Maelstrom Tac Force Tactical Boot is available in both a tan rough-out finish and a slightly “dressier” black.

Why You Need It

Regardless of whether you’re an EMT who needs dependable all-weather footwear to effectively carry out their duties or you happen to be in charge of a few highly trained divisions tasked with deposing some third world despot, this is the footwear for you. Lightweight, flexible, durable and breathable (and let’s not forget affordable) you won’t have to worry about footwear issues interfering with your ability to respond to emergencies or slowing down your troops the way they did for Napoleon’s Grande Armée during their Russian misadventure.

The Maelstrom is no mere fashion statement, (although we’re fairly certain that some enterprising fashionista will find a way to make them that in time). They’re serious, out of the box tactical gear that will impress you from the moment you close the Velcro strap over the top of the zipper. They feature a long list of commendable attributes including but not limited to:

Both grip and foot protection are superb for such and affordable piece of footwear. Neither mud nor snow nor the most extreme sort of mixed terrain will phase them and when fully laced and zipped up and with the right type of socks in play, you’ll barely notice even the most extreme cold. The Maelstrom also cleans up easy although, due to the fact that materials were chosen for their ability to perform their task and not because they shine up nice, you shouldn’t expect it to return to spit polish perfection the way grandpa’s WWII-style boots did after he emerged from Khe Sanh.

The Maelstrom Men’s Tac Force 8 Inch Zipper Tactical Boot is a first class example of what can be accomplished by intelligent footwear architects. The Tac Force combines traditional and contemporary materials with a comprehensive knowledge of footwear ergonomics and a thorough understanding of the unique stresses soldiers and various first responders subject their footwear to in the normal performance of their duties.  If what you’re looking for is a serious tactical boot that will stand up to whatever environmental or job-related stresses you can bring to bear on it, you’re not going to find a better boot for the price than the Maelstrom Men’s Tac Force 8 Inch Zipper Tactical Boot.

If what you’re looking for is a serious tactical boot that will stand up to whatever environmental or job-related stresses you can bring to bear on it, you’re not going to find a better boot for the price than the Maelstrom Men’s Tac Force 8 Inch Zipper Tactical Boot. 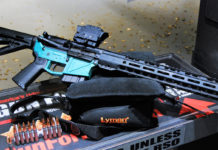